Guest Post | Kathryn Troy
Curse of the Amber by Kathryn Troy ccame out yesterday! I was offered the chance to read and review it but I’m so behind with my current stack I had to do the smart thing and say no even though I’m really interested in the synopsis. (Full book and author information within the post)

But I also don’t know how to say no completely, so instead I have a wonderful guest post for you from Kathryn herself.

Keep reading to find out why bad books made Kathryn a better writer! END_OF_DOCUMENT_TOKEN_TO_BE_REPLACED

First time this year I’ll be unveiling a cover for a book. I don’t do these often as I like to wait for books that really interest me or covers I think I’ll love.

Today I’m bringing you the reveal of The Sisters of Salem by Tish Thawer, this is the third in a series which honestly I haven’t read BUT OMG DO I LOVE THE COVERS OF THE PREVIOUS TWO. They’re so simple but such a lovely aesthetic?!

Content Warning: The following essay deals in detail with cisnormative notions of gender and gender roles, and the sexism that goes along with it. It is heavily critical of this content, but if this subject upsets you, I suggest you read something else. There’s also lighthearted mention of drugs.

In Defense of Trashy Romance, by Gail

When I was younger, I had trouble reading English, despite being a fluent speaker. I was raised in a bilingual household; these things happen. At seventh grade, I was reading at tenth grade level Hebrew, but only about fifth grade level English. The year previously, as a Bat Mitzvah gift, I’d been given the entirety of the Lord of the Rings (a family tradition), and I struggled through every page. It’s not only that I wasn’t a great reader in English, but also that I was just that much better in Hebrew – it frustrated me that I was so slow that it took me about four times longer to get through a page in English than it did for me to get through a page in Hebrew.

Then the first day of Eighth grade came along.

I had already made a deal with my friend to sit next to him on the first day, but of course, fate intervened. Our teacher decided she was going to give us assigned seating, and I was sat next to the new girl.

That was probably the best thing that ever happened to me. END_OF_DOCUMENT_TOKEN_TO_BE_REPLACED 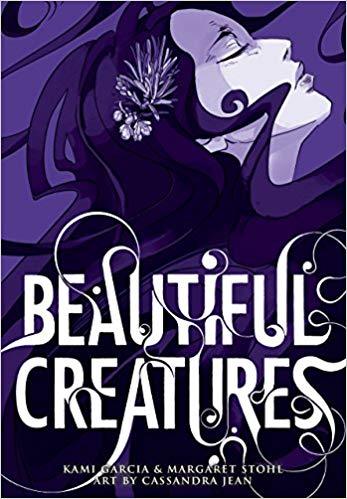 Synopsis: Some loves are meant to be…
Others are cursed.
In Ethan Wate’s hometown there lies the darkest of secrets.There is a girl.
Slowly, she pulled the hood from her head.
Green eyes, black hair. Lena Duchannes.

In the end, there is a grave.
Lena and Ethan become bound together by a deep,
powerful love. But Lena is cursed and on her
sixteenth birthday, her fate will be decided.

Ethan never even saw it coming.

END_OF_DOCUMENT_TOKEN_TO_BE_REPLACED