Young Adult Literature Convention, or as it’s better known YALC, is fast approaching and I feel vastly unprepared. So what better way to try and gain some resemblance of order than making a blog post about preparing for YALC.

YALC takes place at the end of July alongside LFCC at Olympia London. It launched in 2014 and celebrates the best of YA books and authors across 3 days, and provides a place for readers, publishers, and the book community to have a great time with workshops, panels, signings, and stalls.
END_OF_DOCUMENT_TOKEN_TO_BE_REPLACED

At YALC this year Penguin put together a really awesome Yearbook that had samplers of 15 of their books. I really liked this idea as not only did the book itself look lovely but it was easier to carry around than 15 samplers.

They also hosted a giveaway that any YALC attendee could enter by uploading a photograph of the Yearbook with the #PenguinYearbook and tagging their account – @penguinplatform.

It had been a while since YALC so I just assumed someone had won already, until a few weeks ago I saw they announced the winner…
END_OF_DOCUMENT_TOKEN_TO_BE_REPLACED 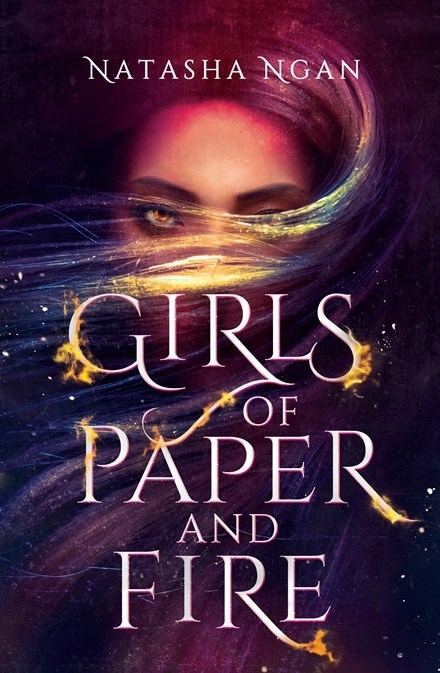 Synopsis:Each year, eight beautiful girls are chosen as Paper Girls to serve the king. It’s the highest honor they could hope for…and the most cruel.

But this year, there’s a ninth girl. And instead of paper, she’s made of fire.

In this lush fantasy, Lei is a member of the Paper caste, the lowest and most oppressed class in Ikhara. She lives in a remote village with her father, where the decade-old trauma of watching her mother snatched by royal guards still haunts her. Now, the guards are back, and this time it’s Lei they’re after–the girl whose golden eyes have piqued the king’s interest.

Over weeks of training in the opulent but stifling palace, Lei and eight other girls learn the skills and charm that befit being a king’s consort. But Lei isn’t content to watch her fate consume her. Instead, she does the unthinkable–she falls in love. Her forbidden romance becomes enmeshed with an explosive plot that threatens the very foundation of Ikhara, and Lei, still the wide-eyed country girl at heart, must decide just how far she’s willing to go for justice and revenge.

Presented by James Patterson, Natasha Ngan’s lyrical, searing, visceral fantasy, Girls of Paper and Fire, will remind us how precious freedom is–and the price we must pay to achieve it.

END_OF_DOCUMENT_TOKEN_TO_BE_REPLACED END_OF_DOCUMENT_TOKEN_TO_BE_REPLACED

So its been a hot minute since I posted my main YALC Wrap Up and Haul post which I made sure to only focus on the negatives and I mentioned within it how there would be a follow up.

It is finally time for said follow up and I hope I didn’t leave it too long. My anger and frustration may not be as strong as it was that weekend, but its still there and I’m definitely not the only one.
END_OF_DOCUMENT_TOKEN_TO_BE_REPLACED

🔮 i feel like i'm turning to my tarot cards for myself more often as of late, which is a really nice change. i'm so used to just reading for other people - because i am so bad at listening to advice for myself.
✨ the cover for AMONG THE BEASTS AND BRIARS by @heyashposton is beautiful but honestly, i love this alternate cover so much more. what can i say, white dust jackets just have a larger chance of getting dirty.
🔮 // TAROT CHEAT SHEET: THE LOVERS ⠀⠀⠀⠀⠀⠀⠀
ad - review copy ✨ it's my stop on @pridebooktours for SORROWLAND by @rivers.solomon and unsurprisingly this book has made it to the "books i wont shut up about" stack.
💖 how have you found keeping a journal this year?
🔮 in the past two years my tarot collection has grown so much so i thought i'd share some that i haven't shown as much recently but still love. this idea brought you about the fact i did an unboxing for our patreon of the WHITE NUMEN deck and was like wow i kind of want to do that for some older ones too.
👻 tell me some underrated horror recommendations? it could be books, movies, games, or even tv series!
💖 ALL OUR HIDDEN GIFTS by @czaronline (a queen who has the beauty that only stevie nicks could mimic) released yesterday! @becbentliff and I are over the moon to see it out in the wild now as it was one of our most anticipated releases for 2021.
💀 as if there hasnt been enough love for IN THE RAVENOUS DARK by @adrianne.strickland on my feed im back again as part of the bookstagram tour hosted by @pridebooktours @hodderscape