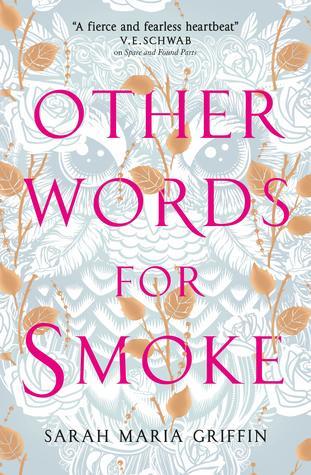 Synopsis:
The house at the end of the lane burned down, and Rita Frost and her teenage ward, Bevan, were never seen again. The townspeople never learned what happened. Only Mae and her brother Rossa know the truth; they spent two summers with Rita and Bevan, two of the strangest summers of their lives… Because nothing in that house was as it seemed: a cat who was more than a cat, and a dark power called Sweet James that lurked behind the wallpaper, enthralling Bevan with whispers of neon magic and escape. And in the summer heat, Mae became equally as enthralled with Bevan. Desperately in the grips of first love, she’d give the other girl anything. A dangerous offer when all that Sweet James desired was a taste of new flesh…

Screams into the endless void about how this brilliant book with a theme of obsession is my current obsession. I first finished reading it on a Saturday night in March, I started re-reading it again the next morning.

I am not okay.

I love this book. [hi look at me being a mess on twitter 32 times]

I first heard about Other Words for Smoke when I attended an Waterstones Q+A Event of Sarah Maria Griffin and Christina Henry. Hearing these two talk was so much fun and I knew I’d have to read some of Sarah’s work because she had me awe-struck ok.

I reached out that night to Lydia about a review copy of OWFS and the rest is history. I’m history. I’m dead.

It’s like returning home, there’s a comfort I find in this book. I don’t think I’ll ever tire of it.

OWFS follows twins, Rossa and Mae, as they spend two summers with their Great-Aunt Rita, her teen ward Bevan, and a larger than life cat Bobby. In a house that is strange than meets the eye with a Sweet James, an owl living in the walls demanding his hunger be quenched.

There are two main sections to the book; the first Summer where the twins are 14 and get sent to avoid family disrupt. And the second Summer when the twins are 17 and return to Rita’s to escape their family divorce, older and more prepared to face the different type of horror that Rita’s house holds.

“How strange was this mutual, silent agreement that maybe something was badly wrong in Rita’s house, that they’d seen something awful there that they couldn’t quite name, but  somehow they felt more able to manage that wrong than their parents.”

There are also some inbetween chapters which give us background development and the history of Rita, Audrey, Bobby,  and James. As well as some key scenes from the twins in their years between the two summers.

(Its in this part that there is forced outing which I wasn’t a fan of, but its addressed and I’m happy with how Mae stood up for herself)

Rita is the best authority figure I’ve read about. She’s both motherly and caring but also a power to be fearer. She nurtures Mae’s exploration with magic and tarot reading, she helps shape Rossa into a more confident being.

“…if this thing was evil, then he was good, and he must be able to overcome it. He just had to find the courage – he knew it was in their somewhere, but he couldn’t grasp it.”

Rossa is the character I struggle most to talk about as realistically, I think I’m most like him. Or I would be in that house, faced with that danger and horror. I can’t see me ever being brave, I can see me struggle to keep a float, wanting to keep my sister safe, but not having the courage to face it. And feeling a bit of an outsider to the others in the house who’ve all formed a strong bond.

I think he is at his strongest when he’s not at ends with Mae. The two together have a great dynamic together in the book and I lived for the two supporting each other through the toughest times, and their sibling banter.

“A troupe of sunflowers, standing tall and there – there suddenly like a jewel on the lawn, Bevan sprawled out under the sun on a tartan blanket, her flat stomach to the sky. Her legs a hundred miles of tan.

Bevan’s blonde hair and “her unfair, impossible legs” help Mae develop the strongest and ever-consuming of crush’s. Mae’s chapters were honestly my favourite to read because SMG has nailed down that First Crush obsession, how it engulfs your every fibre, and you want to do everything to leave a good impression – even allow them to pierce your ears, which terrifies you.

Bobby is a good soul whilst Mae battles with all these feelings engulfing her. He is larger than life, and more than what he seems. But his secret is something earned when the twins are ready and it takes Rossa a little longer to be welcomed into the coven.

“Love is the realest thing, Mae. The world around you will become realer the more you feel it. Doesn’t music sound better already? Isn’t there more meaning? There’s a reasons you had that song on loop. It’s deepened.”

Bevan is also a storm. Mae knows this, accepts it, and both loves and fears her. Bevan is ready to set the world on fire with her anger, confidence, and naivety. Her misplaced trust in Sweet James for a share of his power and “affection” is the moving force of the plot for OWFS.

You can’t read this book and not pick up on how Sweet James is a representation of toxic relationships. He manipulates and controls Bevan to cause harm to others, and later hopes she can set him free from his chains. He is nothing to be desired.

I found it very therapeutic to be able to reflect on how abusive he is as an outsider, whilst reading about how enticed and dependant Bevan is on him and his power. How broken she is when he’s stolen away. It really is terrifying.

“…and you thought you understood all the way that he could scare you, bargain with you.”

But I wouldn’t have wanted their relationship to have been portrayed any differently as they really hooked you in. To be honest, all the characters do in this book.

The only character I haven’t spoken about yet is the queer and forever young Audrey. Her path is one we are introduced too in the second half of the book mostly. Her role is so very important, not only because it contextualises the story with the Magdalene laundries, but also she’s very interwoven with Rita and the separate paths they are both on to be hopefully be together.

I really could talk about my love for this book all day, in fact in real time I have. But honestly this is the perfect blend of fantasy and horror which I’ve been highly recommending to everyone who will listen.

I’m almost done with my second reread (I had to limit myself) and I will be annotating Beth’s copy later on. I also have my another copy going around my USA friends who’re annotating it for me.

Like I said this is pretty much my life right now.

Please read this book. Also, message me when you do.

“You lonesome?” she asked absently.
“Are you? replied the cat.”

27 thoughts on “Review: Other Words For Smoke by Sarah Maria Griffin | #Gifted”