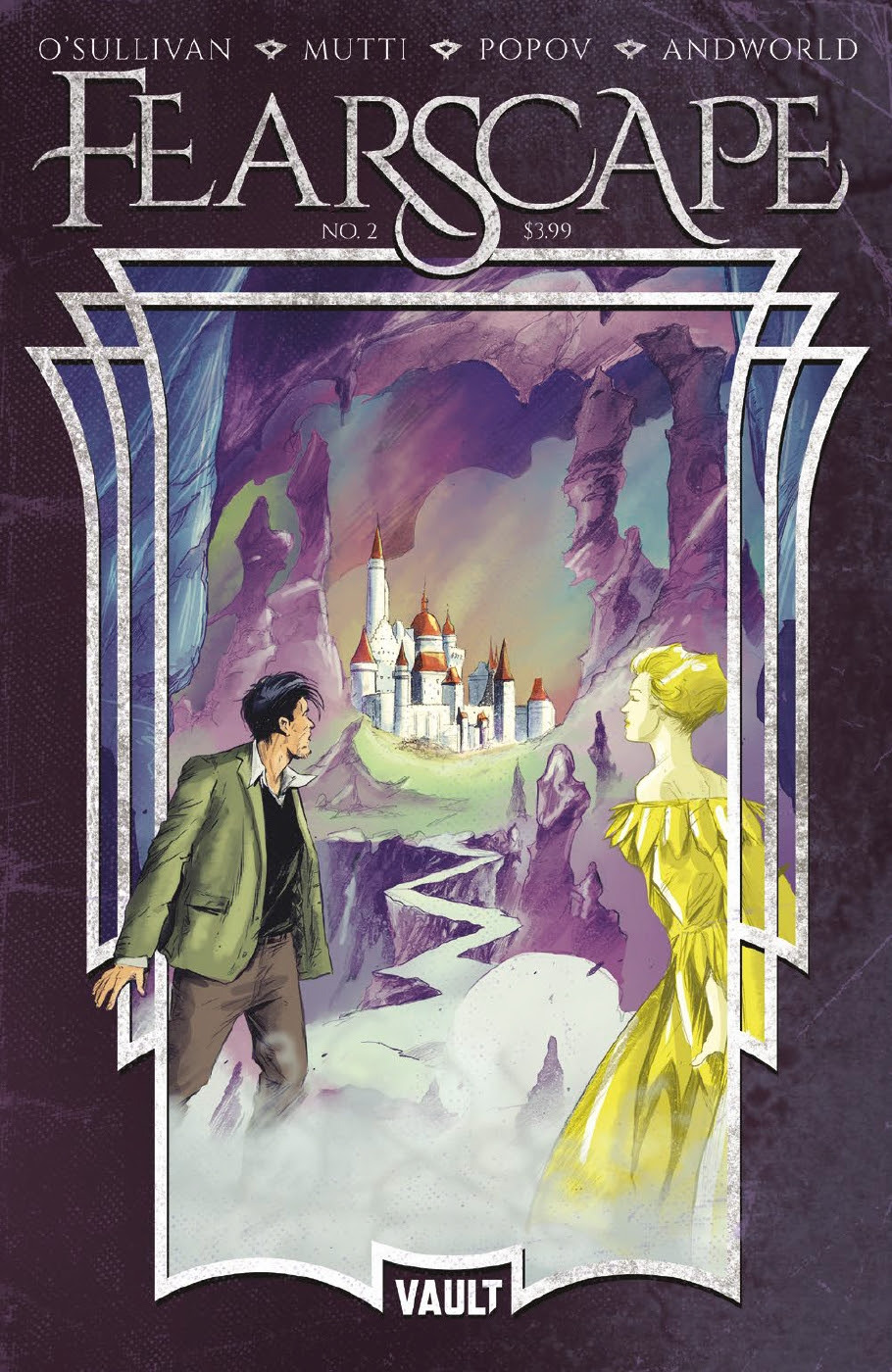 Synopsis:
Heroic plagiarist Henry Henry faces his first trial in the Fearscape! Within The Weeping Castle, home to The Children of Prometheus, Henry Henry encounters wondrous and fanciful creatures—including The First Fear. With courage and calm, he endures the heart of darkness, refusing the easy temptation of light. No Legs can outrun—no Mind can outwit—no Heart can outlove our hero.

END_OF_DOCUMENT_TOKEN_TO_BE_REPLACED Synopsis:
From Ryan O’Sullivan (Void Trip), Andrea Mutti, Vladimir Popov, and Deron Bennet comes FEARSCAPE. The Fearscape is a world beyond our own, populated by the manifestations of our greatest fears. Once per generation, The Muse travels to Earth, discovers our greatest Storyteller, and takes them with her to the Fearscape to battle these fear-creatures on our behalf. All has been well for eons, until The Muse encounters Henry Henry—a plagiarist with delusions of literary grandeur. Mistaking him for our greatest Storyteller, she ushers him into the Fearscape. A fake man in a fake land…this is the story of the wrong person answering the call to adventure, and the doom that followed.