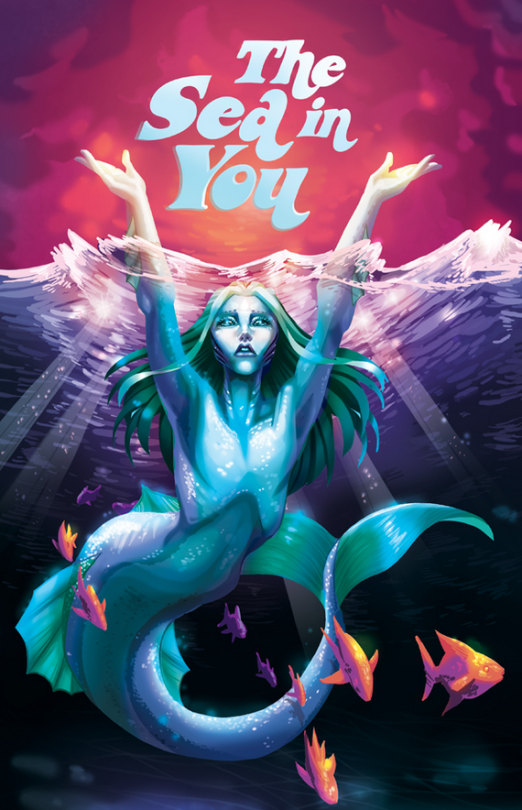 Synopsis:
Corinth was just trying to clean up the beach, she never expected to meet a mermaid, let alone be nearly drowned by one. It was the start of a very strange friendship.

END_OF_DOCUMENT_TOKEN_TO_BE_REPLACED

Author Interview | Tiana Warner
Its really should come as no surprise that I reached out to Tiana in hopes of a Q+A about her Mermaids of Eriana Kwai series with the book club and she was kind enough to say yes!

If you’re unfamiliar with Tiana’s work here is what you need to know; Mermaids of Eriana Kwai is a trilogy she self published from 2014 – 2017 and its made up of Ice Massacre, Ice Crypt, and Ice Kingdom.

The series follows eighteen year old Meela who’s been trained to fight in The Massacre to venture out to sea and slaughter the monsterous mermaids who threaten her island’s survival. She’s already lost her brother to these creatures, but she also has a secret friendship from her childhood – Lysi.

Lysi is a mermaid and after a chance encounter the two became childhood friends, unfortunately Lysi has also been trained as a warrior to protect her Kingdom from the humans who’ve been harming their seas.

At core the series is action packed, a dash of magic, and over coming taught hatred and violence. Oh, did I mention its also features a f/f romance? I got your attention now haven’t I? Synopsis:
Deep beneath the sea, off the cold Irish coast, Gaia is a young mermaid who dreams of freedom from her controlling father. On her first swim to the surface, she is drawn towards a human boy. She longs to join his carefree world, but how much will she have to sacrifice? What will it take for the little mermaid to find her voice? Hans Christian Andersen’s original fairy tale is reimagined through a searing feminist lens, with the stunning, scalpel-sharp writing and world building that has won Louise her legions of devoted fans. A book with the darkest of undercurrents, full of rage and rallying cries: storytelling at its most spellbinding.

END_OF_DOCUMENT_TOKEN_TO_BE_REPLACED

Synopsis:
Everyone knows what happens in the end.
A mermaid, a prince, a true love’s kiss.
But before that young siren’s tale, there were three friends.
One feared, one royal, and one already dead.
~~~~~~~~~~Ever since her best friend, Anna, drowned, Evie has been an outcast in her small fishing town. A freak. A curse. A witch.A girl with an uncanny resemblance to Anna appears offshore and, though the girl denies it, Evie is convinced that her best friend actually survived. That her own magic wasn’t so powerless after all. And, as the two girls catch the eyes—and hearts—of two charming princes, Evie believes that she might finally have a chance at her own happily ever after.But her new friend has secrets of her own. She can’t stay in Havnestad, or on two legs, unless Evie finds a way to help her. Now Evie will do anything to save her friend’s humanity, along with her prince’s heart—harnessing the power of her magic, her ocean, and her love until she discovers, too late, the truth of her bargain.The rise of Hans Christian Andersen’s iconic villainess is a heart-wrenching story of friendship, betrayal, and a girl pushed beyond her limits—to become a monster.

END_OF_DOCUMENT_TOKEN_TO_BE_REPLACED Synopsis:
A mermaid’s supernatural beauty serves one purpose: to lure a sailor to his death.The Massacre is supposed to bring peace to Eriana Kwai. Every year, the island sends its warriors to battle these hostile sea demons. Every year, the warriors fail to return. Desperate for survival, the island must decide on a new strategy. Now, the fate of Eriana Kwai lies in the hands of twenty battle-trained girls and their resistance to a mermaid’s allure.

Eighteen-year-old Meela has already lost her brother to the Massacre, and she has lived with a secret that’s haunted her since childhood. For any hope of survival, she must overcome the demons of her past and become a ruthless mermaid killer.

For the first time, Eriana Kwai’s Massacre warriors are female, and Meela must fight for her people’s freedom on the Pacific Ocean’s deadliest battleground.