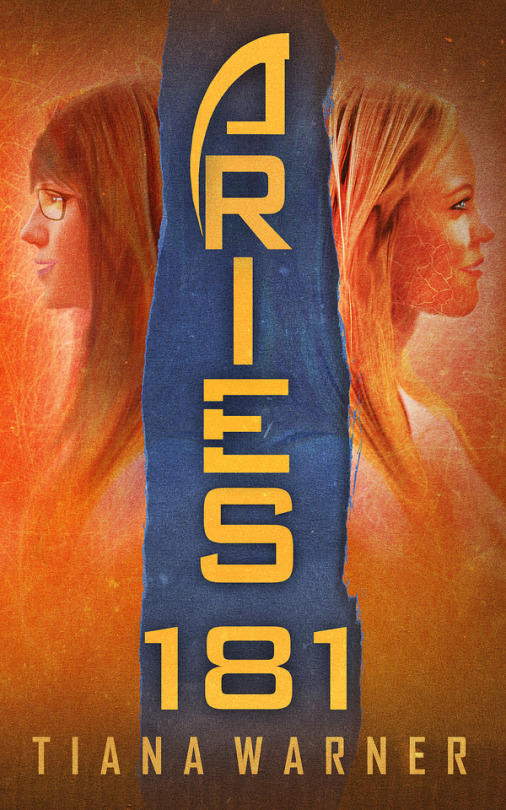 Aries 181 by Tiana Warner
Genre: Scienece Fiction | New Adult
Length: 419 pages
Published on 26th March 2019 by Rogue Cannon Publishing
Purchase*: Amazon
*this is an affiliate links
Tiana Warner: Website | Twitter | Goodreads
Received for free from author (and later NetGalley so I could drop this review there) in exchange for an honest review

Synopsis: A crime spree to steal aerospace technology. An intern with the brains to stop it.

When Jess uncovers evidence that her boss is stealing technology to build his company, her coveted internship at Aries turns from dream job to catastrophe. Worse, her boss cons another young woman into becoming his accomplice, and the duo’s chemically enhanced skills and weapons help them become the most infamous supercriminals to sweep the tech world. Before they pilfer every aerospace lab in North America, Jess must use her ingenuity to stop them—risking her career, her relationships, and maybe even her life.

Lauren, Lauren, Lauren. You always do this. You read a book you love and then when it comes to writing a review you just simply can’t find the words to describe how great of a read it was.

In my defense I read this shortly after breaking my wrist and I knew this was likely going to be a lengthy review so I wanted to wait until I gained more movement back.

Typing one-handed for over a month was not a fun adventure guys. It seriously slowed the roll on productivity.

Anyway, back to a great book.

I don’t typically read a lot of science fiction even though I do enjoy it. (Yet the month I read this I also read two others the heck?) One of my reasons for being very picky with scifi is because often it’ll make me feel dumb if they throw in too much scientific jargon.

Aries 181 doesn’t do this. Well, it does have science talk but I never felt stupid when reading it. Thats not to say I didn’t understand everything 100% but there was enough context for me to feel okay with it.

I also got to learn that aerospace doesn’t mean the book will be set in space. (Sorry for those of you who are like well d’uh Lauren. Look I (and Allie) saw space and RAN with it ok!)

So who are these characters that I love so deeply?

My precious bean; Jess who stumbles across her boss stealing technology to further his own aerospace company and wants to do the right thing without loosing her job.

& the bright Hayley who finds herself having a very quick change of job path. All because she won a hack competition and gained the attention of some a-hole with her confidence and ability to handle herself. Her desire to win, to prove herself, and his charms land her a fiery pit of a mess for sure.

Which leads me to *drum roll* your new fave volatile couple since Harley and the Joker.

I really enjoyed Hayley’s chapters because of the action they provided. As well as the inner turmoil of whether what she is doing is really what she wants and having to come to terms with her own mistakes. And the mistakes made at his manipulation.

To contrast, Jess’ chapters are little slower on the action front but she is still a dream to read about as she makes great use of her own skills, social media, and will power to try and fix things without jepordising her life.

Hayley and Jess also end up having a few things in common when it comes to relationship. I think Aries 181 did a great job at portraying how abusive and manipulative relationships can be very different and shows very different extremes.

Sometimes it is just the sly jabs, the “oh that friend isn’t good for you” and you do have to come to terms w that and figure out what actions are best to handle it. & y’know sometimes its a pressuring you into trying to rule the world.

Both of these girls were great to read about. They were such interesting characters who stole my attention.

I really love the conclusion to this story too and how its a lil bit open so we could possibly? get? a? sequel?