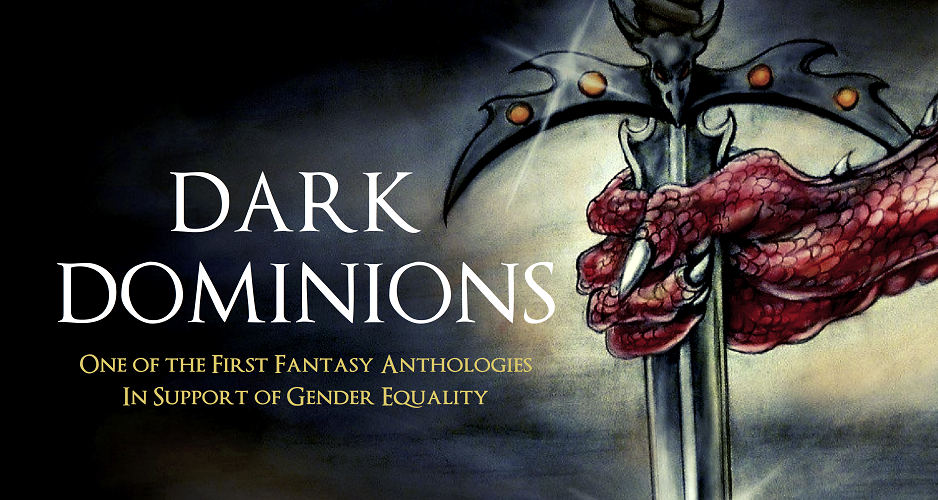 Please note the Kickstarter has currently been cancelled. I was excited about this project but have been told it is not going forward; sorry about that. Hopefully they’ll release some information on whether they intend to go forward at a later date.

Earlier this month the lovely people at WriterWriter – Morgan Wright and David Collins – reached out asking if I’d like to feature their upcoming Kickstarter on my blog to help spread the word.

As I love fantasy books and anthologies are a great way to be introduced to a lot of new authors I knew I’d be saying yes to helping with promotion. I’ll also get to review a copy once its published.

Update: Kickstarter has been cancelled due to unexpected priorities

DARK DOMINIONS
Assassins. Knights. Crooks. And Villainous Heroes.
Fantasy storytelling at its best. Rich with 20 new and original tales by emerging and award-winning fantasy authors alike including MORGAN WRIGHT, DAVID COLLINS, NICOLE SCARANO, JAMES STEVENS, LUCY SPOONER, LIONEL RAY GREEN, JESSICA MARIE BAUMGARTNER, and JOSHUA ROBERTSON, these stories bring us tales of fear, courage, love and sacrifice in worlds of death and tyranny.Pave the way for indomitable male and female characters. Principled assassins, gifted orphans of fire-wielding warrior bloodlines, high priestesses in possession of magical ink, and sisters born of blood, war and cruelty.Lies. Hidden secrets. Truths to be unravelled.Join us in worlds where a forest is marked by death, both for those who enter and those who survive it. Where a warrior as old as time is resurrected to not only fight the darkest of foes but also to come to terms with who she has now become. Where a prime assassin who has never missed a mark begins a dance with his most elusive target yet, a mysterious and alluring witch. Where an elf knight is able to influence real-life events through magical tapestries. And where a young princess encounters danger and deception amid a border war where defeat means the end of her freedom and the ruin of her kingdom.Welcome to Dark Dominions.
“… that rarest of treats, an anthology that grabs hold and doesn’t let go. Some seriously talented writers at the top of their game, Dark Dominions is a definite Do Not Miss for fantasy fans.” – JOHN F. LEONARD, AUTHOR OF CALL DROPS
Also containing stories by Mike Jansen, Georgia Megan, Michael Mitchell Jr., Cheyenne Bramwell, David McAllister and V. E. Patton. 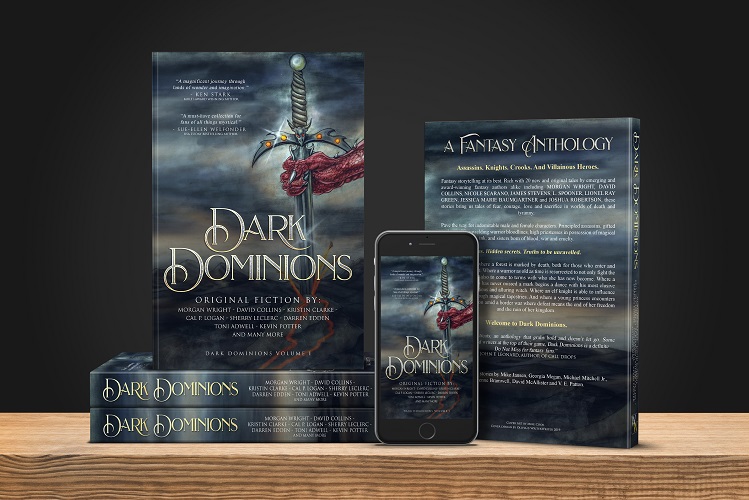 This anthology will be WriterWriter’s first official step into publishing with an epic collection of fantasy short stories from emerging and award winning writers alike.

By backing their Kickstarter campaign you will not only be supporting one of the first anthologies in support of gender equality but you will be rewarded for your pledge by any number of special rewards available including: early release copies, limited edition copies, Kickstarter exclusive bookmarks, limited edition bookmarks, book acknowledgements, and a backer’s-only forum where backers will be directly involved with the creative process, converse with the creators and contributors and be the only ones to get “a-behind-the-scenes” in the making of Dark Dominions.

Because this is something they’re passionate about. In publishing, the idea remains that women can’t write as well as men, especially not male-dominated fields such as fantasy or science-fiction.

The Founders of WriterWriter want to prove them wrong.

How they’re going to do that: Kickstarter stretch goals are goals you reach beyond your target goal, meaning that if one has a goal of say $8000 but they reach $9000 instead, the extra $1000 will go towards completing specific stretch goals.

These are the stretch goals for Dark Dominions:

Keep an eye on their Twitter for more information as the Kickstarter goes live.

Thank you to WriterWriter for providing the information used to create this blog post. From a super greatful broken wrist Lauren.