Today I’m super thankful to be able to have Nillu Nasser here on my blog to take part in a Q+A as part of the blog tour hosted by Faye Rogers!

I know how swamped I am with review copies right now so I opted to just be a host instead and had a great time coming up with these questions. 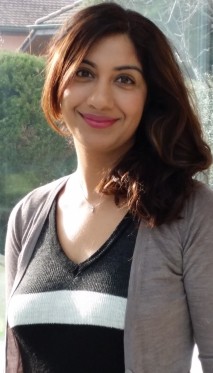 Nillu Nasser is a writer of literary fiction novels. Her books include: All the Tomorrows (2017) and Hidden Colours (2018). An Ocean of Masks is due to be released in 2019. Nillu has a BA in English and German Literature, and an MA in European Politics. After graduating she worked in national and regional politics, but eventually reverted to her first love: writing. She lives in London with her husband and three children. For further information or to say hello visit her website.

QUESTIONS
What are your favourite circus experiences?
I think my favourite circus experiences are imaginary ones. I watch The Greatest Showman with our children all the time. We sing the songs and act out the dances, like the one where Hugh Jackman and Zac Efron are pushing shot glasses across the bar! Even more beautiful was the circus in Erin Morgenstern’s The Night Circus. I read it years ago but the magic and essence of that circus stayed with me.In real life, I’ve been to the Cirque du Soleil but my eyesight is so bad that I didn’t manage to follow the acts from our seats at the back. I love visiting the burlesque acts in the Spiegeltent at London’s Wonderground on the Southbank, where you get a mix of artistry and slapstick that’s right up my street.

The last show by an Australian act was too surreal to put into words, with gorgeous men dressed like Marilyn Monroe one instant, and pretending to be hip-hop dogs the next! If you ever get a chance to go to the Spiegeltent, don’t pass it up. In circus life, the weird and wonderful is normal. Enter a circus tent and there is freedom. Anything can happen. You don’t blink an eye, because in the circus tent, everything is allowed, everything is safe.

How did you go about researching this book? Did you find any interesting information that ended up not being used in the book?
By the time I begin writing the book in earnest, I know where I can draw on my own experience and where I have gaps. For Hidden Colours, I knew the setting well because I lived and studied in Berlin for a few years, and it’s also my husband’s hometown.

What I needed more help with was authentic details for circuses and some more in depth details for refugee lives. I read some current fiction like Home Fire by Kamila Shamsie and Exit West by Mohsin Hamid, so I knew where my novel would fit in the literary landscape, and next I started to read non-fiction books about circus history like Circus Mania by Douglas McPherson. I also upped the amount of attention I gave to refugee stories in my usual newspapers.

There are countless interesting – and tragic – facts that didn’t make it into the story. Like the father-son or sibling acts that have made their mark in circus history. Or how talented Eva Garcia fell during her aerial act at the Hippodrome in Great Yarmouth in 2003 and died. You get a feeling for when you have researched enough and are ready to leap of the diving board the research has to end. My aim with research is to write believable and authentic stories. At some point you have to jump into the story and not look back.

If readers ever found themselves in a position like Ellie, having to go against their beliefs for a job, what advice would you give?
It’s tricky being in that position. If you have mouths to feed, sometimes you have no choice but to follow orders. Of course, in Germany they have the term Mitläufer, which was the term for those who didn’t challenge Nazism and were therefore complicit.

I went to a seminar once, where the main thrust of the argument was that none of us can be happy unless what we do meets our core values. So, if your core value is freedom, you might not enjoy being in a corporate straitjacket. Likewise, you might decide to go along with what you are asked to do at work, even though it might sit not well with you. There are often consequences to speaking out: you might risk losing your job like Ellie or lose supporters, or a chance of promotion.

Maybe you’re unable to just go along with orders you don’t agree with. Can you live with yourself if you go against your beliefs? Alternatively, do you have a plan if the organisation doesn’t appreciate your criticism or will you be risking your family’s stability?

Being a hero is a wonderful thing, but it’s not always a wise thing. Heroes are courageous and passionate, and often, they act because not acting is impossible for them. Ellie values diversity and truth, so there was no other way she could have acted that would have been true to herself. She can’t act alone though: she needs allies and confidantes to stand a chance of success.

Without spoilers, what was your favourite scene to write?
I loved writing the scene where Ellie is interviewing Osman the stilt walker in his tiny bedroom at the circus residences. It’s a scene in which East meets West, where a wretched person meets a privileged one, where language is a barrier but still the resulting conversation is full of humanity and pathos. The two of them are so different, but that conversation shifts Ellie’s perspective. She doesn’t judge Osman for his past, or the fact that to alleviate his loneliness, he allows his goats to share his bedroom with him. That scene is one of love and respect between strangers. I didn’t need to work hard on it. It flowed out and made my heart hurt. I hope readers will be able to feel that emotion.

I love the cover. Did you get to have much say in its outcome?
I’m so glad you like it! It’s by Dale Robert Pease, who also did the cover for my first novel All the Tomorrows, and has done short story covers for me too. The process is very fluid. Dale likes me to send him my vision for the cover, but we keep this lose. I might mention what elements I would like him to work with, and what colours work for the tone of the story. I also send him some covers in the genre that I like the feel of. Then he designs a draft and we go back and forth from there as needed. He usually nails the cover the first time and is brilliant at interpreting and improving my ideas.

Lastly, if you were a character in Hidden Colours, where do you think you’d fit?
I’d be Doris, the German-born warden of the circus residences. She is twice my (current age) and my unsung hero. I love Doris’ spirit. She has lived a long life and is still willing to learn and improve who she is. She trusts this group of outsiders and she tries her best to help them settle in their new home. She never loses hope, and although she is one woman and her own family are far away, she is integral to the circus community and she becomes part of their family. She is their net, the person they go to when they are low. I think Doris’s story shows how small kindnesses can build into a movement. If I had to slip into anyone’s shoes in Hidden Colours, it would be hers. She is love. 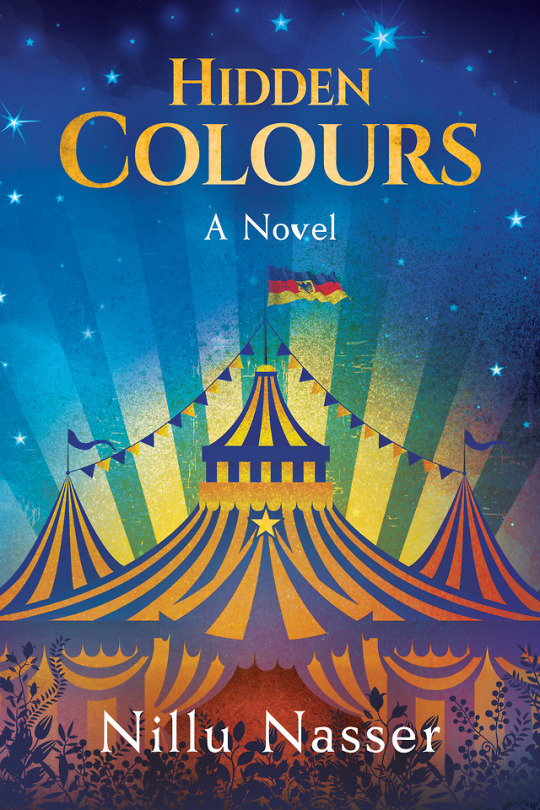 When Yusuf fled Syria, he lost everything. Now the circus, with its middle-eastern flair, is the only home he knows. When the lights go on, the refugees dazzle their audience, but off-stage tensions flare.

Ellie is passionate about the circus and drawn to its broken people. Even so, if she wants to keep her job at the newspaper, she must head up a campaign against it.

One night, in the midst of a show, two young circus boys come to blows. With the circus at risk of closure, Ellie must convince her readers that we can have compassion for those we fear, or Yusuf will be forced to uproot again. 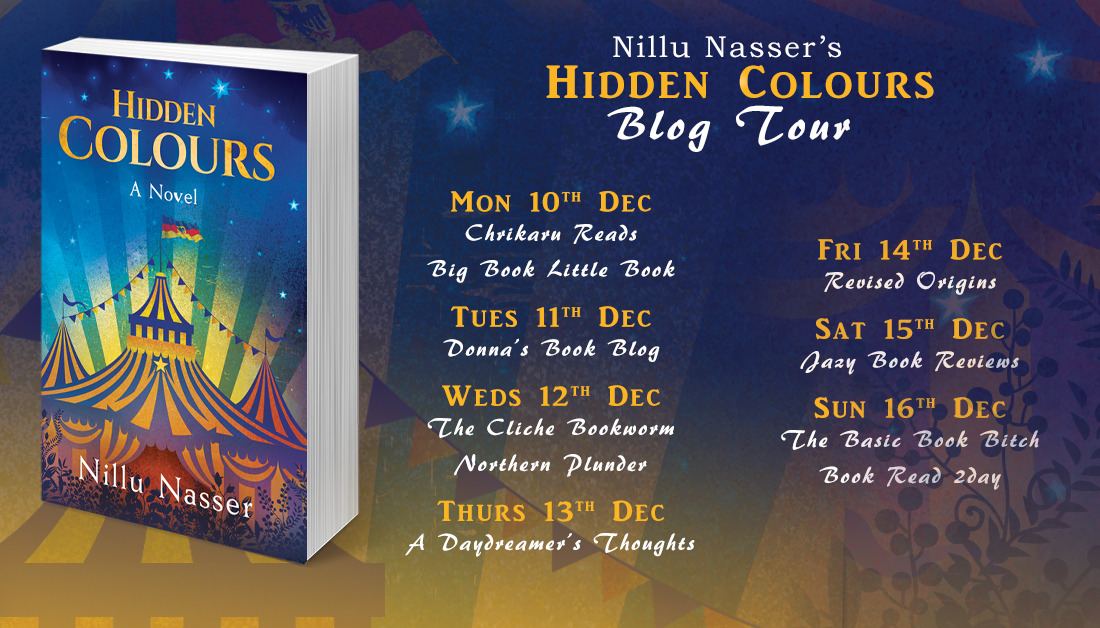